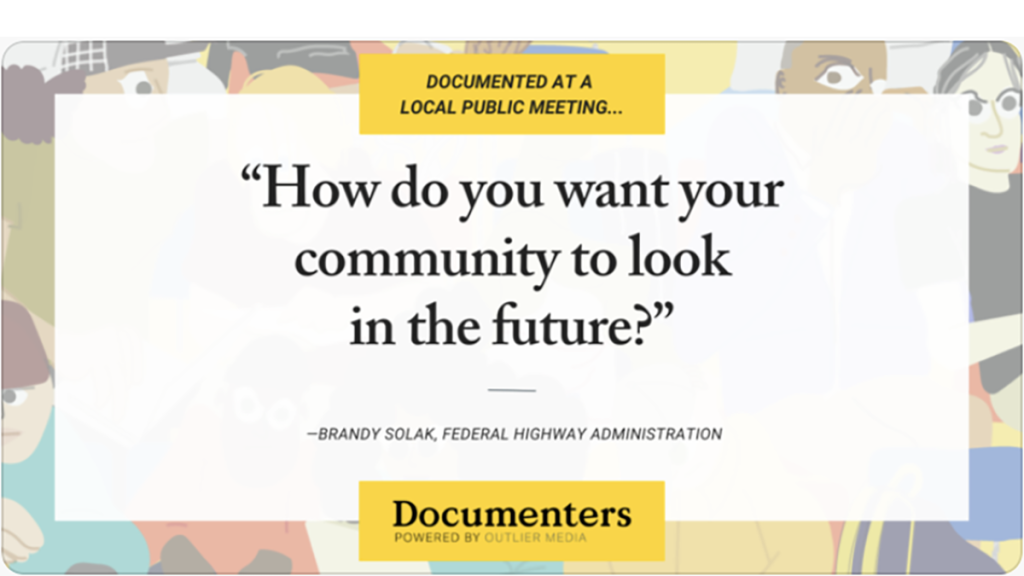 Most houses in Detroit are really old.

Almost 80% of our housing has been standing for at least 60 years, an arbitrary age line the census established and now measures, but we know tens of thousands of homes are much older — having been built when the automobile industry was at its strongest and for the most part still inside the city limits.

Outlier, where I work, began with a focus on housing and it’s still one of our core beats. Every day, as reporters and Detroiters, we contend with the ways aging infrastructure and disinvestment materially affect day-to-day life.

Inequity was built into our city from its earliest days. We do our best to help equip people to navigate the imperfect with our reporting, making it very accessible and easy to use, not just read. When more or better information won’t address an issue — electric shutoffs are an example here — we use our reporting to explain or call attention to systems, practices, or even people (unapologetic real estate speculators or fake landlord hustlers come to mind) causing harm. It’s not enough but it helps because information is not a scarce resource, but it makes problems worse when it is unequally distributed.

The news industry is of course a flawed instrument to address long-standing inequity, and is also constrained by aging infrastructure and entrenched discrimination; with our antiquated distribution channels, disinterest in holding ourselves accountable for progress on even the basics of diversity, poor wages and poor working conditions for new reporters. But the infrastructure issues in news are not on the scale — or anywhere near as difficult to dismantle — as the inequality in our cities or communities. The problems inside news do radiate out, we cater to the already powerful and are incentivised to use the worst the worst moments in people’s lives for our own purposes. Changing our industry would not be so complicated or difficult — we just lack the collective will to be more useful and a compelling vision for the information ecosystems our communities deserve.

Even those of us building news organizations that consistently add value and avoid doing harm to our communities can find fully reimagining our news and information ecosystems incredibly challenging.

Over the course of my time as a columnist with RJI, I’ll be talking to practitioners challenging themselves to articulate or build what news can be, and help us figure out how those of us who are willing might get there.

I won’t be spending any time on what will happen if we don’t change in big ways and quickly, because we already know that answer. We will have more of the same or worse.

A word on language here. The words news and journalism fall incredibly short of the way I want to see reporting and the distribution of reported information in the future, I just don’t know what else to call what we’re trying to build. I would say the words “public media” come closest to what I want to see us work urgently towards, but that phrase is already in use, despite public media’s failure to live up to its promise of providing useful information and programming to a broad segment of the public (rather than entertainment and self-actualization) to people willing and able to donate to stations.

What should be beyond argument is that it is time to replace local “news” with more useful and inclusive visions of how reporters and newsrooms can serve their communities. It has to go far beyond just covering breaking news.

Creating an accurate record is our most basic function in journalism, completely fundamental but also completely inadequate in a world with the pace and scale of preventable crises like; climate change, more than one million dead from COVID, Buffalo, Uvalde.

For us at Outlier, our guiding principle is to center care and utility in our news and reporting.

We often use our coverage of a uniquely Detroit problem of tax foreclosure as an example of what this looks like in practice. We started covering tax foreclosure in 2016, the year Outlier started. It’s an issue advocates took on much earlier and have created change around, but presenting readers with a way to access more relevant information also helped keep Detroiters in their homes.

Changing our industry would not be so complicated or difficult — we just lack the collective will to be more useful and a compelling vision for the information ecosystems our communities deserve.

More than 13,000 Detroit homes were auctioned in 2016. The text message based resource Outlier set up for people to search if their house was on the foreclosure list helped hundreds of people get that information our first year. It wasn’t enough, but those were hundreds a traditional news story wouldn’t have helped at all.

We still run that text message system and now reach thousands of people instead of just hundreds. It supplements steady accountability reporting on tax foreclosure from news outlets all over the city, including ours, published specifically for Detroiters. That reporting did not singularly reduce the number of tax foreclosures to around 3,500 this year — that was Detroiters, advocates, governments and courts. But it did help everyone get the information they needed to address the issue.

We have more examples than ever before of what it can look like to close the distance between ignored and equipped; City Bureau, Documented, Connecta Arizona, Oaklandside, Scallawag, Tiny News Collective, Capital B, Prism Reports, and collaborations in Philadelphia and Cleveland, are just a few examples of newsrooms assisting their communities. And among the increasing number of us who seem to know the only way to redeem our industry is to fundamentally change it. This list is far from complete.

I am limited by my own experience and networks so if there is an idea you want me to explore or a person you want me to talk to please, tell me and I look forward to delving into these ideas with you over the next few months.