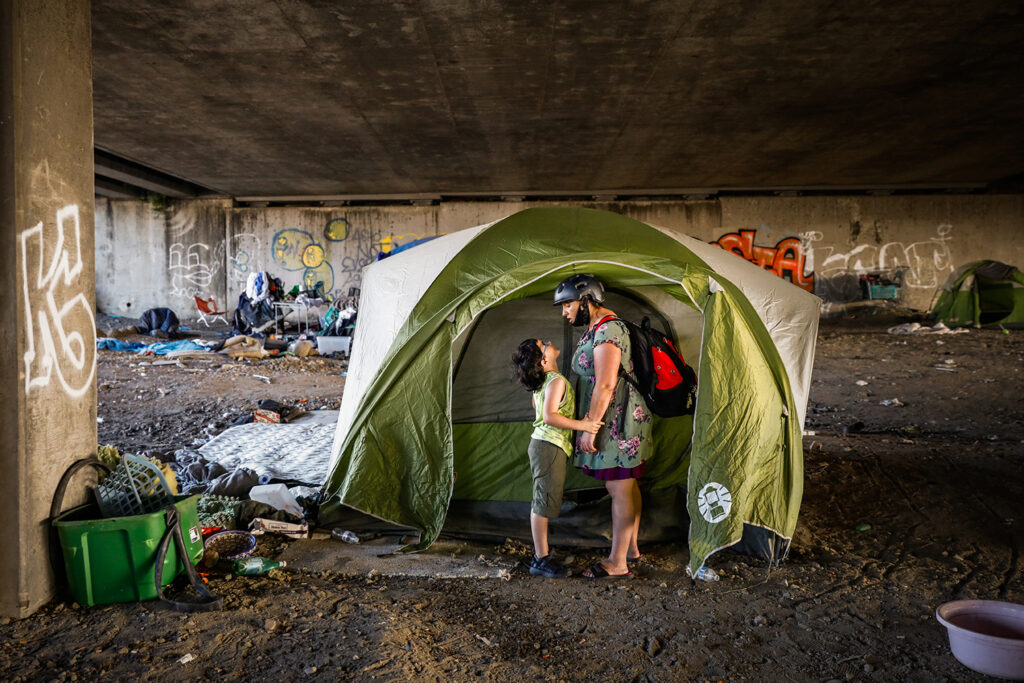 The judging of the 78th annual Pictures of the Year International, the oldest and most prestigious photojournalism contest, recently wrapped up with a new group of winners. This year’s contest brought in nearly 40,000 images, along with short films and online storytelling presentations.

“The judging of the images and stories in POY this year was unique,” said POY Director Lynden Steele. “Not only was it held virtually because of the pandemic, the jury panels were acutely aware of the historic nature of the work and their decisions. In addition to the pandemic, there was an international movement inspired by Black Lives Matter, as well as a contentious U.S. presidential election. Their selections reflect not only the best coverage of the news from this past year, but define how we see ourselves during this time in history.”

There is a full winners list on the POY site. Here are a few of the premiere winners:

Washington Post staff photographer Salwan Georges has been named the Photographer of the Year, International.

This year’s Sports Photographer of the Year is Ezra Shaw, staff photographer with Getty Images.

Independent Ecuadorian journalist Johis Alarcón received the Community Awareness Award for “I am, Still.” This award recognizes a photographer’s work portraying everyday life of people in a community. Her project documents life in the Karanki indigenous community in the north Ecuadorian Highlands.

Newsday received the Local Team Picture Story of the Year, a new premiere category this year for “Justice for George Floyd.” This category recognizes the collaborative effort of journalists covering a single story in their own community.

The Environmental Vision Award was given to independent Turkish journalist Mustafa Bilge Satkin. This award recognizes a photographer’s long-term project covering human’s impact on the environment. Satkin’s project documented the migration of about 100,000 people from Hasankeyf due to the Ilisu Dam project that submerged nearly 200 villages where people have lived for 12,000 years, in one of the oldest continuously inhabited places in the world.

Independent Italian journalist Elisabeth Zavoli received the COVID-19 Personal Expression award for “And in the Darkness You Find Colors.” This year the contest introduced this new category and allowed entrants to submit an interpretive photo project that allowed photo manipulation, which was not allowed in other categories. Entrants were asked to submit work that “reflected the personal experience, feelings and thoughts related to COVID-19.” With the help of her two sons, Zavoli created a fantasy world to escape the isolation and stress of the pandemic within the confines of their garden.

Independent journalist Weixi Chen received first place for Documentary Journalism for “Wuhan on the Sixth Floor,” a film documenting how medical staff at a Wuhan hospital responded in the first days of the Coronavirus pandemic.

The New York Times visual team, led by Director of Photography Meaghan Looram, received the Angus McDougall Excellence in Editing Award. This category recognizes the very best in visual editing by a media organization across all platforms.