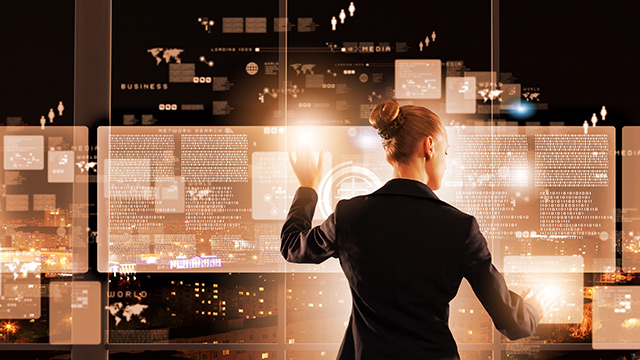 This is the second in a series of blog reports about the status of the news landscape and a challenge to create a new one. The first one, “The future begins with P: Privacy, personalization and payment,”  was published last week. The series and report are authored by Bill Densmore, a 2008-2009 RJI Fellow.

Does Jane Doe want a 21st-century news experience? Would she even think of it that way?

Throughout several months of interviewing more than 85 journalists, educators, technologists, researchers, activists and citizens, it was easy to fall back on what journalists want or what the news media needs — or our ideas of what democracy needs. But some of the smartest people we talked to asked the question, “What will this look like for consumers, and how do you know they’ll use it?”

My work “From Paper to Persona” does not represent original survey research. It attempts to portray the reality of today’s U.S. news “ecosystem,” and some of the technology possibilities at hand. With this blog, we’ll take considerable license to paint a picture of the news experience Jane may have the opportunity to try.

What do young-adult news consumers want? In this second installment, we’ll:

First, in the most general terms, what do we know about consumers and the new news landscape? Let’s focus particularly on younger-adult readers, born between 1977 and 1996 — the so-called Millennials.

Here’s what we might then envision as the best 21st-century news service based on coordinated integration of 2015-era technology. At the end, you’ll find two links to much earlier predictions. What’s yours? Do you think this scenario is a good fit with actual news-consumption habits as outlined in the bullet points above?

Jane Doe is up at 6 a.m. on a weekday. She wants a current update on the news that matters in her life. That’s information that could affect her family, her work, and the ideas and things she’s passionate about.

News to Jane is not just what would be on the front page of the newspaper she no longer subscribes to in print. To Jane, news is what her friends and colleagues think is important. It might be new insight about a two-year old aspect of climate change that is being talked about in the context of falling oil prices. Or it could be a brilliant new review of a 1962 speech by Martin Luther King Jr., current because of the the new movie “Selma.”

Jane subscribes to a service that finds news for her. The newsroom of the her local newspaper is an affiliate and helps curate the stories and comment threads that comprise the Daily Update that arrived in her email box just after 6 a.m. It’s similar to hundreds of daily updates put out by news purveyors using email list technologies, except no other person besides Jane has received the exact package of 24 items that she is about to swipe through on her mobile device.

Even though the 24 information items in her Daily Update are from 24 different publishers — and even though they are part of topical interest areas with links to hundreds of other publishers — Jane gets all this information with a single, monthly subscription to her local news affiliate. Many of the items are free. But some of the publishers operate “paywalls” or charge for information. Because of a microaccounting system used by the service, some of the money Jane pays her local affiliated news organization is parceled out to other publishers based on usage. Jane doesn’t have to do anything for this to occur; it’s a result of networked subscription revenue sharing among the publishers.

Jane subscribes to a service that finds news for her. The newsroom of the her local newspaper is an affiliate and helps curate the stories and comment threads that comprise the Daily Update that arrived in her email box just after 6 a.m. It’s similar to hundreds of daily updates put out by news purveyors using email list technologies, except no other person besides Jane has received the exact package of 24 items that she is about to swipe through on her mobile device.

Not all of the items reached Jane because of her expressed or inferred preferences. A few items — Jane can specify how many she wants — are provided by her local news organization — the affiliate to which she pays a digital subscription fee monthly. Jane knows the local human curator by name, and she reads her curator’s daily advisory about local and topical news and happenings as part of her Daily Update. Jane likes to know that besides her own judgement, and that of programmers, there is also a journalism professional making sure to alert her about the things she wouldn’t otherwise know are important.

Each of the 24 items comes from a different publishing source, but each has been identified by the service as likely to be relevent to one or more facets of Jane’s personality and lifestyle. The service also knows this because software developers created methods for Jane to both express her preferences, and for the service to infer them. Most of the items are from recognized news providers or trade publishers. But some are from policy nonprofits, and a few are from commercial brands. Each is so identified. Some of the items spawn video or audio reports.

One of the commercial brands, a food store, pays for a “channel” on the service, similar in format to topical news channels with which Jane has connected. The food store has a host for the channel and today there is a note from the host to Jane about a sale on coffee Jane likes. The brand did not guess this — Jane told the service that it could share her identity with the food store because it is a company she knows and trusts. The food store then matched her identity with her store-card buying records in order to give Jane useful advice about specials and restocking — as well as news stories about nutrition, cooking and health and exercise topics. Jane controls the sharing of her “persona” with third parties through a simple, flexible “dashboard.” Some third parties put credits into Jane’s InfoValet subscription account in exchange for information about her.

As Jane swipes through her offerings, she finds some are already tagged with comments from friends or colleagues. Some of the comments are public, and others are directed to Jane personally. Jane is able with a swipe to respond or add to these annotations.

The morning routine of a young family prevents Jane from spending more than 10 minutes with the Daily Update. The items she has skipped without comment will show up when she returns to it during her mass-transit commute. The ones she already read and marked as seen will not return to her active Daily Update. The three that she skipped because she wanted to read carefully later will be in her saved bin. If she wants, Jane can click to yesterday’s Daily Update. Or she can request a fresh update be sent to arrive as she boards her commuter train.

For Jane, this service is a by-request, on-demand, continuously updating and customizable view of the information landscape that matters to her. It’s her personal information companion. Like her lawyer, doctor, accountant, clergy, spouse and best friends — she can’t imagine how she ever got along without it.

And it reaches her through a subscription relationship with a source of renewed trust — a local news organization.

How news organizations must adapt

Information technology functions across networks and the public participates via networks. For news organizations to benefit from networks, they must subscribe to some common approaches to identity, privacy and payments. Otherwise, their own silos shrink.

Everything described in the Jane Doe scenario is possible with technology available today, and maybe even recognizable as applied in other contexts. For them to be integrated in a simple user experience, here’s some of what’s needed:

Why does this matter?

Users can now go anywhere for information. They also would like to assemble personalized, custom packages of that news and information, much as they might assemble their groceries in a shopping cart. On the Web, there is no single store that carries small bits of information — articles — for purchase. Digital goods are spread asunder, and there is no common “checkout” method to pay for them if you want a personalized bundle — other than with music. As a result, the only bundles available from aggregators are either free or have limited content choices. Lacking a method to get paid for sharing “atomized” content — either from networked subscription revenues or sponsorships — publishers have little incentive or resources to grow beyond their own shrinking silos. This is the second post in a series elaborating on key points of the RJI work based on months of research and interviews with 85 experts by former former RJI Fellow Bill Densmore. Coming posts will cover: