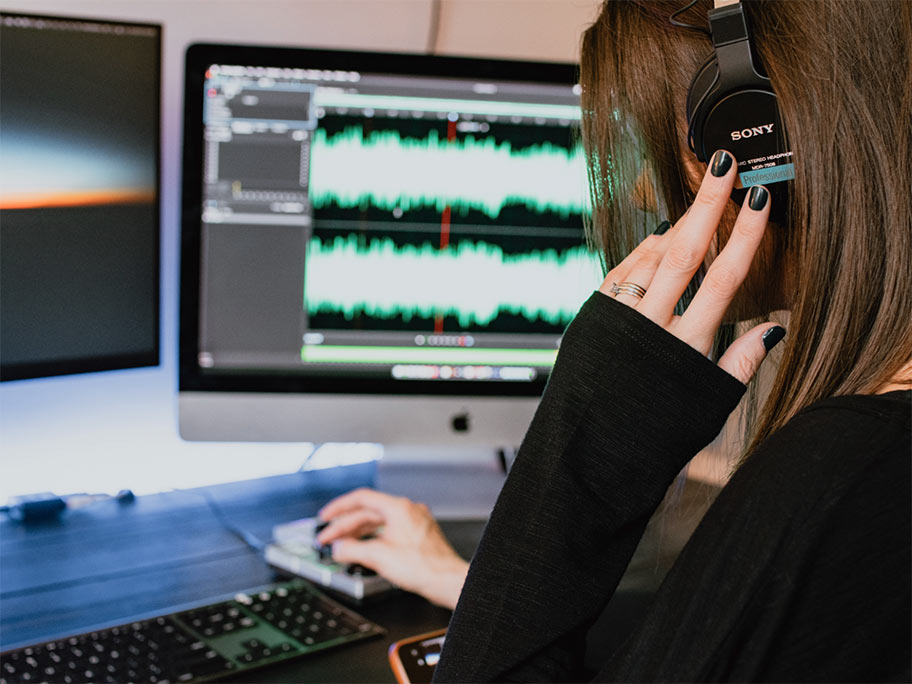 In 2021, the media platform with the highest weekly reach in the United States is audio. Data published last month by Nielsen revealed that radio — just one component of this medium — reaches 88% of U.S. adults each week, ahead of smartphone apps (85%) and TV (80%).

And our national love of audio isn’t just confined to traditional radio consumption. The growth of podcasts, and emergence of audio in other places, like social networks, means that the time we spend with this type of content continues to grow and evolve.

This creates opportunities for newsrooms of all shapes and sizes. You don’t have to be a radio station to embrace this trend. Below I have outlined three areas, and nine different examples, to show how journalists and news outlets can more effectively embrace audio.

Encourage listeners to peek behind the curtain

It is well known that trust in journalism is low among some audiences. Outlets need to be more open, accessible and accountable. Audio offers a simple and effective means to do that.

1. Tell the “story behind the story”

Sharing your reporting processes can help newsrooms be more transparent about what they do and how they do it. As the Trusting News project has shown, there are multiple ways to incorporate this into your work. Audio is a perfect means to support this goal by giving a voice to the journalist behind the byline. The Tip Off, which focuses on the journalists behind investigative reports, is one example.

It’s a model that can also be used on platforms like Facebook Live too, but the background nature of audio enables audiences to hear insights from the newsroom while also doing something else.

What’s in the paper this week? That’s the approach the Cottage Grove Sentinel (OR) took back in 2019, when it launched a weekly podcast. As its editor at the time, Caitlyn May, explained:

We’ll talk about how we found the story, the interviews we conducted and why something did, or did not, make it into the article. Overall, it will be between five and 10 minutes or the perfect length for a quick jaunt into town, a school drop-off or a coffee break.

Farther south, the Klamath Falls (OR) based Herald and News has experimented with something similar, a short 2-3 minute podcast called Tomorrow’s Headlines Today  that offers a sneak preview of stories in the next day’s paper.

“Daily news podcasts make up less than 1% of all those produced but account for more than 10% of the overall downloads in the U.S. and 9% in France and Australia,” the Reuters Institute found recently. Beyond daily content, the medium is also being used by publishers to go beyond digital or print reporting.

One example is the Atlanta Journal-Constitution’s Breakdown podcast,  now in its eighth season. Each season digs deep into a given topic, with the current series examining the case of Ahmaud Arbery, a 25-year-old Black man who was fatally shot last year while out jogging.

Meanwhile, in Australia, the award-winning Phoebe’s Fall investigated how 24-year-old Phoebe Handsjuk was found dead at the bottom of a garbage chute in a luxury Melbourne apartment block. Within a year, the six-part series had been downloaded over 1.2 million times.

Co-presenter Richard Baker, a senior investigative journalist with Melbourne-based paper The Age, said, “We might have been lucky to get a 4,000 word feature, but I just don’t think that would have covered the breadth of everything.”

Podcasts can be a great means to promote engagement and brand awareness, operating as a gateway to a more sustained ($$$) relationship with your content, and also as a way to serve your most committed audiences.

Recognizing this, The Washington Post offers subscriber-only audio content. Slate, through its membership program does something similar. Its tentpole series Slow Burn, for example, has offered bonus episodes and other content (as well as an ad-free listening experience) for Slate Plus members.

Slow Burn’s stories often have a contemporary resonance, although their focus is the more recent past. Older content can also be given a new lease of life through audio through other means too.

The paid-for app Audmn, for example, has more than 3,000 stories in its archive such as national outlets – Rolling Stone and The New Yorker – to more regional sites – The Texas Observer and The Bitter Southerner. These long-form, professionally narrated articles, include new and older stories which continue to pack a punch.

6. Use text to speech services

Not everyone can afford to use award-wining narrators (like Audmn) for their work, so a text-to-speech service like Amazon’s Polly, Play.ht and ReadSpeaker may be worth checking out, especially as AI-generated speech continues to sound increasingly human and less robotic.

The ability to hear stories, rather than read them, is essential for visually impaired audiences, as well as anyone who wants to consume content on the move, or away from a screen.

As Zoom fatigue kicks in, increasingly, many of us may find ourselves (or want to be) in that latter category.

One long-standing challenge for audio is that it’s less viral than video, and it’s historically been harder to share on social media too.

As another provider, Audiogram, notes, more than 85% of social video is consumed without audio, so its platform also includes automatically transcribed captions.

Both apps offer free versions of their product for newsrooms and journalists who want to experiment with this format for engagement and lead generation, in a manner which is not too time-consuming or technically difficult.

Smart speakers — equipped with digital voice assistants such as Google Home, Siri and Alexa — are another relatively recent innovation, at one point being touted as the fastest-growing consumer technology since the smartphone.

For all of the excitement about smart speakers, news consumption is consistently low on the list of uses for most consumers, behind listening to music, functional information (e.g. weather, traffic etc.) and other traditional audio habits (including listening to podcasts).

The breakthrough format for this new medium has yet to be determined. But, that doesn’t mean that it won’t come soon, and that this technology shouldn’t be part of your distribution strategy.

9. Get ready for social audio services

Lastly, there’s the emergence of Clubhouse — Silicon Valley’s app du jour — and other “social audio” services that are hot on their heels. In the past week, Facebook, announced a suite of audio services, while Twitter and a range of start-ups, are also rushing headlong into this space.

The tech industry analyst Jeremiah Owyang has identified more than 30 social audio efforts, calling it a “‘Goldilocks’ medium for the 2020s: Text is not enough, and video is too much; social audio is just right.”

“The Future of Social Media Is All Talk,” WIRED predicted late last year, with the journalist Arielle Pardes observing that “it’s easier to integrate all of this content listening into daily life, thanks to the popularization of smart speakers, headphones, earbuds, and other audio hardware.”

That’s a sentiment applicable, of course, to more than just social media, and one which highlights the audio opportunity for newsrooms. Audio is far from a moribund media, with digital giving it a new lease on life. That potential, for journalists (and audiences alike) is one that I am excited to explore — and share with you — in the coming months.