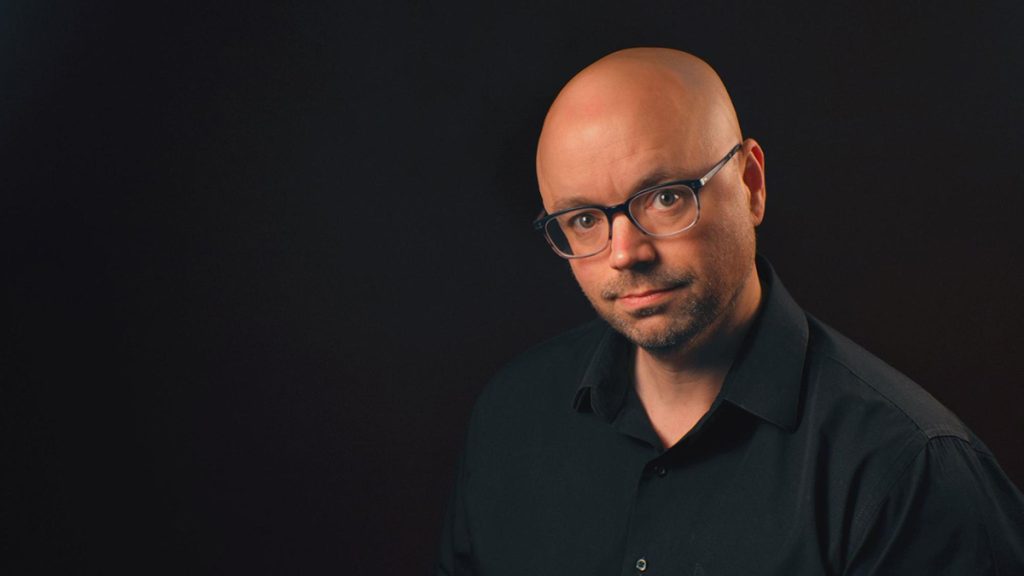 Stan Heist has spent over 22 years working in the journalism industry and has spent the last seven years working as the director of news training and development for the Sinclair Broadcast Group. Photo courtesy of Stan Heist.

This Q&A is the second part in a series about capture card technology for journalism, you can read the first part here.

Xiong:  What are your thoughts on capture card technology for journalism?

Heist: I could see this being used for the broadcast side of journalism for when we livestream. For example, when COVID, the lockdowns, the restrictions, and the public health crisis really first began, we saw that our stations that live streamed press conferences really developed an audience base.

I could also see capture cards being used by journalists that have to operate with minimal gear and where you have to work quickly in very challenging situations and can’t stand out, because you have to blend in to be able to work safely.

What’s happening right now in Ukraine, for example. If you’re able to get the conductivity to stream, I can see where a card like this could really be valuable. And not just in conflict settings, but any time that someone has to work quickly.

Currently, gathering and publishing is the monster right now, so any kind of technology that speeds up the ability to share a video with the world is going to have a valuable place in journalism.

Xiong:  How has your studio used and augmented video conferencing platforms, like Zoom or Skype? Do you use capture cards?

Heist: Zoom was already emerging before the pandemic as a great way to communicate via video. We used it as a company for training because the video quality was really great, especially for playing back video. Yeah, there were some sync issues, but it still was far above anything else.

But around March of 2020, when everything was suddenly shut down, we had to socially distance ourselves — when we had to separate our newsrooms out and disperse our teams, it really became a news gathering tool, by necessity.

Now we’re using it strategically. I think the real benefit to this is taking away the barrier of distance, or travel time to get to places. It’s fantastic because when you’re working in television news, especially local television news where you are facing so many deadlines, you have a small staff, and you’re covering different topics on different days. Because of that, you have to do research very quickly.

Time becomes really critical. Because of this, you end up going to experts or sources that are nearby. That’s a barrier for us to reach new sources to get information. So by eliminating the barrier of travel, suddenly, we can diversify the sources that we’re calling on.

When we’re looking for experts on stories, we can better show representation by having the variable of time removed. We can speak to any experts that are qualified. So that, again, allows us to meet new people and to include voices that otherwise may not be heard.

Xiong:  What are you personally using for video conferencing?

Heist: I use a Fuji X100V mirrorless camera. It’s really just my hobby camera but I use it for important interviews like this. The reason why I do that number one is the image quality, but also I can lift it up over the screen a bit. So when I’m talking with you, I can look at the camera rather than look down.

I have a window in my office right here that has a lot of sunshine. I’m using LED light bulbs in the room, so that way the color temperature looks the same. I’ve got a desk lamp and a little ring light that really doesn’t do much, so I just kind of keep it off to the side to be used as a little fill light.

Xiong:  Are there any journalism examples you’ve seen recently that you think are good examples of livestream/teleconferencing?

Heist: I saw some coverage out of Ukraine on CNN yesterday that was incredibly brave and compelling. It was a journalist and his crew who had just arrived at an airbase outside of Kyiv.

While they’re there filming you can see Russian troops in position and moving equipment just yards away. The journalist was explaining the situation. When he and his crew arrived there, they didn’t realize they were Russian soldiers until they had a conversation with them. He thought there were Ukrainian soldiers still defending the spot.

The Russian soldiers did allow them to stay there for a quick stand-up and shoot a quick video. It was live-to-tape, but it is still so incredibly compelling. And that’s something that live streaming provides that capability, especially in unfolding events.

Xiong:  What are some ethical considerations or dilemmas you think journalists need to consider about video conferencing?

Heist: First of all, I don’t think a Zoom or a remote interview is appropriate for a situation where you need in the field coverage. Such as when you need to be there to talk with someone or to get visual evidence, or any kind of situation that warrants having a journalist there in person. That includes interviews on sensitive topics.

I think as a tool for getting the sound of experts, or sound that adds some context but isn’t necessarily a principal figure in a story, I think it’s an excellent tool. I think what’s important is what do we do with that time that we’re saving? It’s one thing to use it to diversify sources or viewpoints or what have you. But it also saves time for a journalist. Instead of traveling someplace, they could be doing deeper research, or they could be engaging with audiences on different platforms.

So I think it’s a tool, but not a replacement. it certainly isn’t the way that I think we would be doing news across the board. It doesn’t replace anything. It should be additive.

When you also consider the rise of doctored videos and misinformation, it’s a tool that has to be used with caution and in ways that you can verify, if necessary. When you are doing a story that requires journalistic critical thinking and analysis, it’s not appropriate to do that from a remote location. Like when you and I are talking, all you’re seeing is the little square of my office here. You have no idea the clutter and the mess and everything that’s happening here. So you’re getting a picture of me based on how I’m choosing to present it to you.

If you were in here with me, you might have a different opinion. So we have to always remember that no matter who we’re talking with when we are using remote technology like this, we are just seeing a small viewpoint into this person’s world that they are manufacturing and providing for you.

If you notice, say, CNN or any of the major cable networks, whenever they bring someone on and they’re using that technology, they always disclose it right and always say whatever the technology is, whether Zoom or WebEx or Skype or whatever. And it makes sense from an ethical standpoint because that is giving the source so much control about how it looks. As someone whose newsroom career was around photography, I’m like, “Hey, the quality isn’t so great.” Like, it’s pretty obvious that it’s on Zoom, or whatever. So maybe it seems like it doesn’t need to be disclosed. But, here’s the thing. Those background effects look bad now, but they’re not always gonna look bad. It’s eventually gonna look really clean at some point.

Anytime that we are engaging in broadcast or video journalism, we are artificially impacting the situation. When we bring in lights, when we bring a camera, people are going to act differently. What’s scary about it is that when we use Zoom, we are giving so much control to the source that we’re speaking with in terms of how they manage their own background. I don’t think the industry has done enough to really have that discussion.

Xiong:  What do you think the future holds for livestream and video conferencing technology within journalism?

Heist: I think they’re going to continue to be one of many tools that can be used when used appropriately and professionally. They have tremendous potential to reach audiences, to get new sources, or to take people where they normally could not go. So I think it’s worth looking into and it’s worth doing it right. And if you need a capture card to do it, I think it’s a wise investment.

It seems so simple compared to where we were not all that long ago. Any journalism website that live streams could benefit from it. Anything you can do to help raise your image quality beyond a webcam, is going to be a plus for the journalist. I believe that’s going to add a certain level of credibility, because it is going to look more professional.

And you don’t have to have a high-end mirrorless or DSLR, either. There are plenty of point-and-shoots that you can plug in. As long as you have the means to stream it, it can have a little more of a polished look. Which again, leads to credibility, I believe you’re putting that care into your reporting.

Editor’s note: This interview has been edited for length and clarity by Mikaela Rodenbaugh and Kat Duncan.