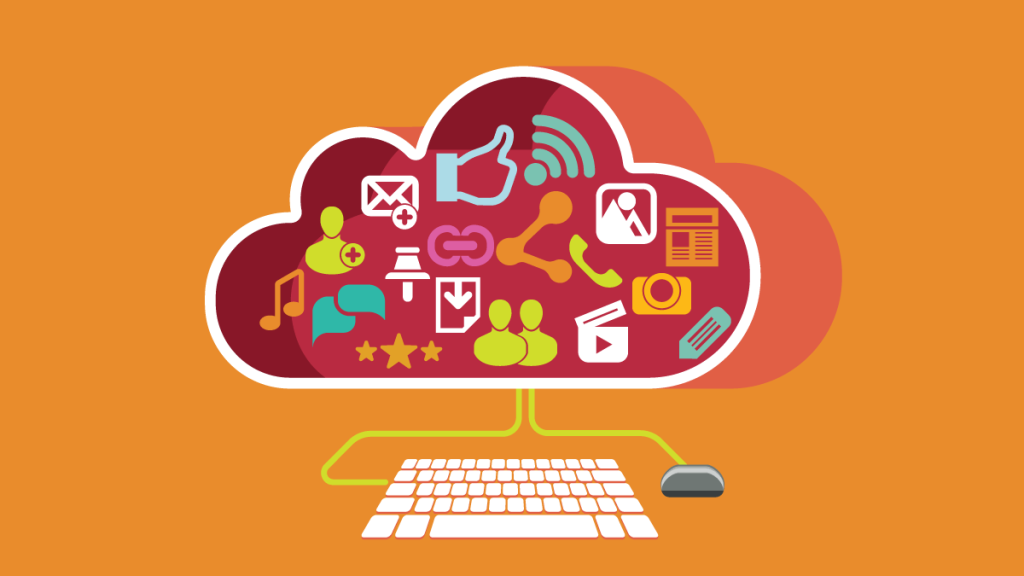 As newspapers continue to search for an ideal path forward, the vanguards of some of the newest experiments in nonprofit news are surprisingly old fashioned

At a time when Nieman Lab claims “there has never been a better time to start a news organization” amid a coming “Cambrian explosion of news startups,” nonprofit news organizations are popping up across the country, not only building on the likes of ProPublica and other independent investigative journalism publications, but carving out their own niches.

One such niche is community-centered news, which directs the public benefit mission of a nonprofit toward creating local news that prioritizes the diverse needs of a local audience. And while the notion of a “Cambrian explosion” belies a trace of darkness — the Cambrian explosion of prehistory was, after all, preceded by a mass extinction — community-centered nonprofit news is both the newest evolution of nonprofit journalism and a surprising return to tradition, a blend of old and new lead in no small part by a vanguard of legacy media veterans.

News for with the people

As newspapers are forced to make hard choices in their newsrooms about what areas of coverage are feasible and the “do more with less” realities play out, more digital startups are popping up that hope to capitalize by countering the dwindling focus with their own laser focus on the term of art known as community-centered news.

So what, exactly, is community-centered news? It turns out that the very nature of this resurgence of in-depth local news coverage resists a one-size-fits-all definition. The news products, and even the organizations themselves, are intended to take the shape that best fits the community they are trying to serve.

Former RJI Fellow Simon Galperin, for instance, has written about his own efforts to create a community news service. His vision obliterates the line between a news service and the community it serves, much like a community garden in which the citizens themselves shoulder the responsibility.

Then there is the Springfield Daily Citizen in Springfield, Missouri, founded by former Springfield mayor Tom Carlson. The nonprofit digital paper plans to emphasize coverage of civic life while eschewing political editorials in favor of op-eds from community voices. It also collaborates with Missouri State University for office space and other services.

The Daily Memphian in Memphis, on the other hand, has no problem with political editorials, though its nonprofit status means it cannot explicitly endorse or oppose a candidate.  Founded in 2018 and billing itself as the largest digital-only news site in the country, the Memphian is located in one of America’s cultural touchstones, and its site consequently features a heavy emphasis on local events (the Citizen also features an events calendar).

Nor is the surge in community-centered news startups solely a nonprofit phenomenon. Lookout Santa Cruz, as a for-profit organization, lacks the relative transparency about its funding displayed prominently on many nonprofit news sites. But like the Citizen and Memphian, Lookout engages with local students — in Lookout’s case, by providing free or heavily discounted access to the membership-only digital publication to local high school and college students, a program made possible by a network of partnership with schools and local businesses.

“I raised my kids here”

For all their differences, the Citizen, the Memphian, and Lookout all prioritize not just community-centered content, but a roster of names from the CEO down to the newsroom that radiate hometown connections. For David Stoeffler, CEO of the Citizen, this is proof that community news is about more than simply “filling gaps.”

“Part of what we’re trying to do is reinvent local news coverage, to provide not just in-depth journalism but to capture that sense of place that community newspapers have traditionally provided,” Stoeffler said. “When we hired the staff, one of the things we really tried to focus on were people who had a reason to be in Springfield, who really cared about the community. Every single person on our staff has a connection to the city, and we think that’s important.”

That emphasis on community connections starts with Stoeffler himself, who served as executive editor of the Springfield News-Leader from 2010-2014 — a job he left after growing weary of presiding over job cuts. His return offers a convenient narrative to jump-start the Citizen’s community-centered efforts: who better to lead a news organization that seeks to bring back community news than Springfield’s very own hometown hero, a seasoned Springfield news veteran with the connections and motivation necessary to create something new without totally tossing out the old?

The hometown hero angle has another purpose beyond enriching local coverage, of course. It’s a signal to the public and to potential donors that the organization is serious about engaging with their audience.

“When you’re starting a new publication, no one knows you exist,” said Sue Cross, executive director and CEO of the Institute for Nonprofit News (INN), which counts the Citizen and hundreds of other news organizations among the network of nonprofit newsrooms it supports through data research and investments. “All of a sudden, discovery is a big priority, and bringing in a known journalist is one way to do that. Bob Moore in El Paso, Scott Lewis in San Diego. That is not the only model we see, but it’s an important one.”

It’s a narrative shared by the leadership at community-centered nonprofit news organizations across the country, including the Memphian.

“I live in Memphis, I raised my kids here, and I care about what happens here,” said Memphian CEO Eric Barnes.

Barnes initially considered launching the Memphian as a for-profit before deciding that a nonprofit model was a better fit for its community-centered focus and offered better opportunities for startup fundraising.

Where the Citizen and Memphian best align is in their conviction that nonprofit news only works with a long-term business plan, which can include elements that sound surprisingly similar to for-profit business models: ads and subscriptions.

Community-centered news directs the public benefit mission of a nonprofit toward creating local news that prioritizes the diverse needs of a local audience.

“For decades, even centuries, people paid for local news,” Barnes said. “I love the growth of local news, and any model people choose to pursue is great. But some nonprofits might be launching with seed money without a plan for sustainability.”

“‘Nonprofit’ shouldn’t mean you lose money. You have to make enough money to support the organization. So we came into it with a 5-year plan and a pretty good idea of where the revenue would come from in the long run.”

But if nonprofits — even those with community-centered missions like the Citizen and Memphian — are combining nonprofit fundraising with more traditional revenue sources, the question of what makes nonprofits different seems to become more complicated. Ken Doctor, CEO of the for-profit Lookout, feels that focusing on whether an organization is for-profit or nonprofit is missing the point.

“Everyone gets caught up in the non-profit versus for-profit question, but being a nonprofit relates to tax status,” Doctor said. “A business model is different than tax status. We are publishing to feed the democracy, and we don’t need to be nonprofit to do that.”

Moreover, in Doctor’s view, you don’t have to do away with ads or go nonprofit to be “independent.”

“The idea that you are beholden to businesses due to advertising is not true if you have editorial principles,” he said.

Like Stoeffler and Barnes, Doctor has deep roots in the community his organization seeks to serve. And like Stoeffler and Barnes, his mission is to restore a sense of place in local news, to deliver news that is not only about a community but for a community. So if community-centered values and traditional revenue generation can co-exist regardless, is nonprofit news little more than a tax status and a method of gaining seed funding?

Brant Houston, the Knight Chair Professor at the University of Illinois College of Media, thinks a focus on these points misses the raison d’être of nonprofit news.

“As a nonprofit, you are expected to reinvest your money in your business, and you have a public service mission,” Houston said.

That mission, he said, means that nonprofit media is driven by different motivations than, for example, Wall Street hedge funds that buy newspapers only to slash newsroom staff and pursue other aggressive cost-cutting measures.

Far from viewing nonprofit fundraising as a launch pad for a relatively traditional business model, he sees donors as essential to the success of nonprofit news.

“Yes, advertising can give you earned income, but if advertising truly worked, we wouldn’t have all these news organizations struggling,” he said. “So far, it’s been nice to have some big donors, some foundation money for big projects.”

But regardless of the minutiae of funding models, the community-centered news ecosystem is also shaped by competition. Indeed, while most nonprofit community news organizations are in some degree of competition with established legacy media — whether they like to admit as much or not — the Memphian unabashedly sees itself as a direct competitor with the city’s Gannett-owned The Commercial Appeal. In fact, Barnes believes the paper slowed its trend of job cuts in response to the launch of the Memphian, suggesting that competition from the nonprofit sector can create additional motivation for newspapers to find new solutions for sustainability.

The Commercial Appeal also recently did away with its Saturday print edition, a decision that makes sense as part of a larger nationwide trend, but one that also suggests the paper is responding to the all-digital approach heralded by organizations like the Memphian.

And it’s this idea of the virtuous impacts of community news that convinces Stoeffler and his compatriots that the newest community-centered digital startups, nonprofit or not, are more than just another experiment. Having once retired from the news industry, Stoeffler isn’t back in Springfield to simply create yet another news organization; he wants the Citizen to become a part of the community it’s covering. (Remember that community garden?) And while the jury is still out on the viability of this approach, he has no doubt that it represents news moving in a positive direction.

“The opportunity here is to present a different model to the community and to consumers, where they see an organization that is wholly invested in the community, is run by local people, owned by local people,” Stoeffler said. “People can look at our organization and say, ‘we agree with the mission, and we want to support it in a way that goes above and beyond just paying a subscription or buying advertising.’ It’s not just a transaction, it’s an investment in the future of the community and the quality of life here.”