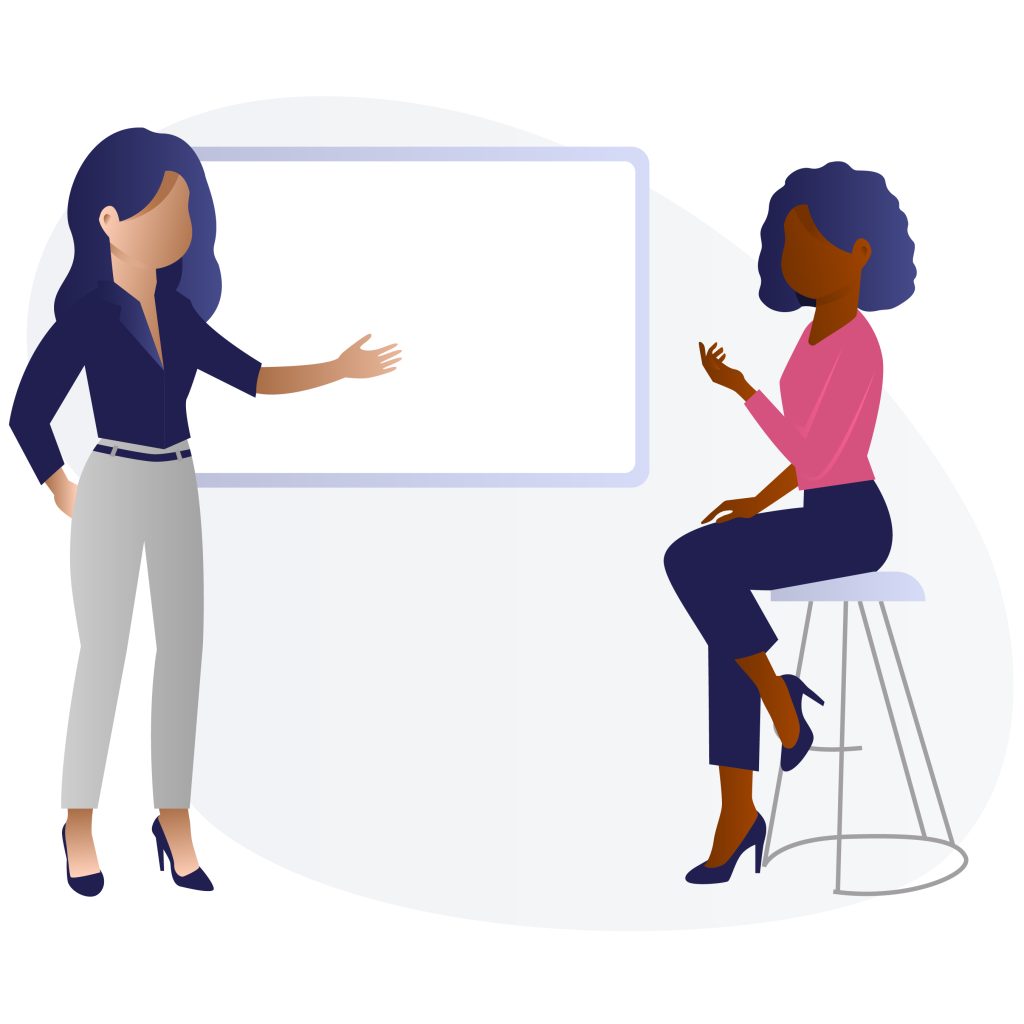 Once you understand their challenges, what will you do?

At the beginning of my fellowship, I set out to better understand the experiences of journalists of color working in local news. My theory was that JOCs were not being given enough structured growth with an eye toward leadership, and that they were getting hired away from the local markets before they could really settle in and become editors or managers.

I put out an open call for research interviews with journalists of color and their managers. I published and tweeted a link to my calendar where people could sign up for a slot to chat with me.

In the end, I interviewed 14 journalists of color working in local news, varying in seniority, experience, medium and newsroom type. From the Bay Area to Miami, the Southwest to Midwest, the folks I spoke with raised several key themes that I believe are central to understanding how to best support and develop these folks toward leadership roles.

In many situations, they described a lack of opportunity for growth: managers who rarely spoke to them about their ambitions beyond the day-to-day job; small or flat teams with little room for promotion or advancement. In some cases, the journalist had already left one local newsroom for another. For some, it was a matter of getting a salary bump they couldn’t get internally, while others were ready for a change in manager and team.

But in speaking with these varied journalists of color, I found fire and I found passion.

“I want to be a disruptor, just by me being the reporter,” a reporter for an online startup told me.

“What keeps me going is when people from the community message me to say, ‘OMG, I didn’t know that, it was so helpful,’” said a newspaper reporter.

Several described leaving one local opportunity for another (some stayed in the same local market, while others went on to a different market). In at least one case, the journalist knew their colleagues previously hadn’t fared well by negotiating with an outside offer, so they opted to simply resign, rather than invite the news organization to negotiate.

My key takeaways and what you can do about them

If you see potential in a young journalist of color, tell them. If you are seeing them display leadership-like qualities, invite them into a conversation and ask if you can help them develop those skills.

If you aren’t meeting with your direct reports for weekly or biweekly 1:1s, now is a great time to start having them, so that you are better prepared to have discussions about goal setting and giving tough feedback.

Mentorship of JOCs, especially as they are just starting in their careers, but also continuing with them as they grow into the next and more advanced phases of their work, is absolutely crucial.

If you can, pair staff with a mentor, ideally another journalist of color, internally. If you can’t find the right fit within your own newsroom, use your network externally to find someone who might be a good match.

It’s not enough to simply tell the journalist of color that you see them “someday” ascending into leadership. It’s time to take action: give them those stretch assignments, recruit other leaders of color so they’ll have peers and mentors, clear the way for new, exciting and flexible roles to be created with them in mind.

Pay for journalists of color working in local news tends to be low, and folks are burning out fast.

Seek to give raises and promotions internally when you can, especially for journalists who are likely to get poached by nationals or competitors.

Editors and managers of color can make a huge difference when it comes to retention.

I asked everyone who interviewed with me what it would take, in terms of money and role/responsibilities, to keep them in their current local news market.

But one JOC I spoke with summed it up best:

“It would be respect,” they told me. “That’s it. Just have someone be respectful of the work that I do, and acknowledge how much effort I put into it. That’s what it would take to keep me in this current place.”