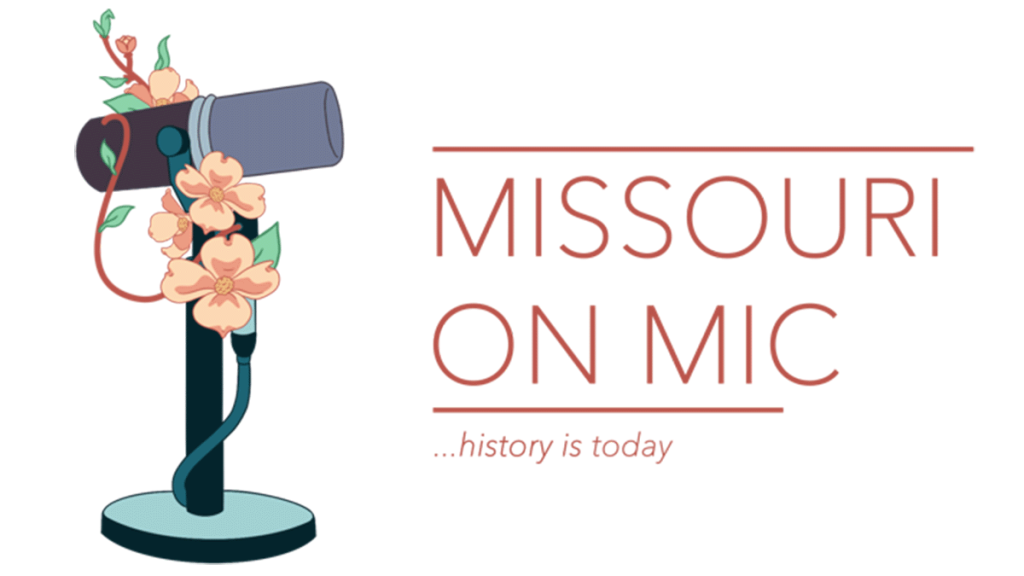 What began as an effort to encapsulate a variety of lived Missourian experiences in 2021 wraps up (or perhaps just pauses) more than a year later as a tool of transformation and procedural disruption.

All along we’ve been asking what can be learned, if not borrowed, from the pursuit of oral history in the interest of rebuilding the public’s trust in the people who embody the journalistic profession. Is there something here that can help the public see journalists as human beings working on behalf of their informed best interest? With promising ideas and certain of nothing, we pressed forward (no pun intended) needing to believe the answer could be yes.

Members of the communities visited by Missouri On Mic field production teams were sometimes reluctant to be recorded — expressing doubt about their voices as worthy of being heard. One of the most fascinating constants in Missouri off mic moments was the recurring need for field producers to dispel sentiments like “if I don’t have anything big to share, I have nothing to share.” Such exchanges revealed how much community members wanted their stories to be heard, but preserved, however, would be a step too far. These conversations surfaced stories from enduring unresolved trauma to concerns for the image of one’s own community — all while offering glimpses of trust in spaces where journalists were strangers just minutes before.

The lesson here is that the value of face-to-face, non-transactional connections should not be underestimated in the search for potential bridges. If nothing more this time, still, associations were made and an investment in connection was now open. These exchanges work in service to humanity and shared citizenship, but where is that apparent in newsgathering? And how often are we interrogating how well news serves communities if citizens are reluctant to share their versions of truth? What responsibility do news operations bear for desired consumers linking stories deemed worthy of attention to spectacle or performance?

Counter to those who were reluctant, though, were the scores of Missourians who were curious and eager to participate. The guiding refrain for these encounters was in multi-faceted captures of an unprecedented historical moment — on individual and societal levels.

This venture in audio journalism provided opportunities for connection between participant and journalist, interviewer and interviewee, speaker and listener which ultimately were all citizen to citizen. At the most fundamental level, both participants had a consummate experience. More than that, Missouri On Mic offered KBIA’s community of listeners a chance to engage another’s experience through a curated version of a participant’s story, the outcome of a journalist distilling a sometimes lengthy conversation into a four-minute piece suitable for public radio.

However, beyond these experiences, there is long-term value to capturing a moment in time and place and then providing access to the information contained in the exchange. The recording itself is an artifact of historical value, providing future researchers an opportunity to better understand the people and communities that shaped Missouri at its 200th anniversary of statehood and how participants engaged in local, state, and national issues of the day.

The recordings created as part of the Missouri On Mic project are historically valuable on two levels. The conversations capture a moment in time, freezing impressions of Missouri and the lives of Missourians for later investigation and reflection.

While the questions to participants shifted over the course of the project, the core idea remained hearing from Missourians of all backgrounds, how they understood their lives and their state at a particular moment in time.

How we define newsworthiness

The project’s development raised question after question about how we define newsworthiness, how much we insert ourselves into a story — whether or not we do it consciously – the terminology we employ to describe an exchange with a member of the community, public interest in private lives, recognizing the edges of depth, the underutilized but always necessary follow-up question, rapport, psychological distance between journalist and community, code switching, motivations for seeking out a particular individual or group, the power of listening and observing, as well as the distress that may come with being observed.

From the journalist’s perspective, this last point is exponentially true in those initial moments of metering the atmosphere’s response to your deliberate presence. So much about journalism training leads to understanding how to serve a commercialized agenda. We learn to be driven by deadlines, hard cuts, economical/accessible writing, precision timing, and scoop. Default settings for such motivations are encoded in the profession’s standards and practices, as rewards come in the form of ratings or clicks. Some call it dishonorable while others call it survival of and within an embattled industry. Still, we had to ask ourselves how much of this actually applies when we step back to let members of the community set the agenda.

The full team debriefings that followed each field production offered substance for rich deconstruction, analysis, and reason to challenge the curriculum that sculpts our conditioning. What may have been the toughest, barest questions: How are we contributing to the public’s distrust of journalism and how can we do better? Is there possibility in the disclosure of the production’s before and after? Does it count as an oral history capture if the recorded exchange has been edited in any way?

With all of this in consideration, the team determined it should provide materials to the historical society in their raw form as well as pieces trimmed for broadcast and ultimate preservation. The overall archival submission package for each piece represented documentation of two distinct aspects of the project, rendering the editorial decision-making transparent and reflexive. Edit decisions and the sobering confrontations they introduce are now made available for full display. Archiving these materials uncovers a behind-the-scenes component of the journalistic process for the public and history to judge.

What exactly did the Missouri On Mic team archive for long-term retention? The team created folders for each participant’s individual files. A participant’s files included:

The Missouri On Mic team wanted to explore what we could learn about journalism—from how it’s executed to how it’s taught—through trying a different approach to the field. As the profession is so often aligned with pejoratives by the very people the work is meant to represent, this project became a catalyst of process reflection and confronting rampant assumptions. In an environment where the next generation of journalists is in training to serve a public that pits what’s true against what feels right, we find ourselves working in defense of journalism’s relevance, distinguishing the profession from mere distraction.

As the news we need is muted by escalating distrust, we continue to ponder the need to modify traditional journalistic practices in favor of holding our empowered and governing systems accountable in manners evident to the public. Missouri On Mic continues to inspire questions surrounding how news about any community affects and represents the community. This current, fractured dynamic is not sustainable. Thus, manifesting this project as a quiet campaign for journalism gave this team an opportunity to make community connection the lede. We realize that success here comes in the form of disarmed community allies who invite the connection to continue.