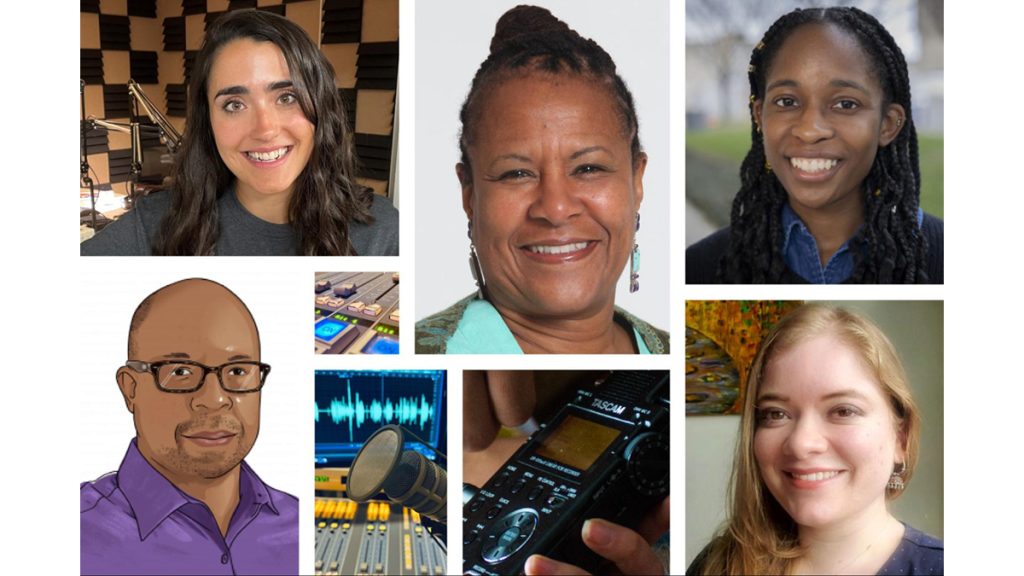 “NPR must change to survive.”

What needs to change exactly? NPR’s primary goal over the next three years is to diversify its audience so it better reflects America — specifically by engaging more young listeners and more Black and Hispanic listeners.

Public media has riffed on this goal since its inception.

One of the founding members of NPR, Bill Siemering, described the purposes of NPR this way: “National Public Radio will serve the individual: it will promote personal growth; it will regard the individual differences among men with respect and joy rather than derision and hate; it will celebrate the human experience as infinitely varied rather than vacuous and banal; it will encourage a sense of active constructive participation, rather than apathetic helplessness.”

Another major player in the public media space is PBS, and in its mission statement, PBS says they aim to “[serve] the American public with programming and services of the highest quality, using media to educate, inspire, entertain and express a diversity of perspectives.”

It’s clear. Public media is meant for all.

But there’s a segment of the population that isn’t broadly reflected in the public media’s coverage or audience. The Joan Ganz Cooney Center calls it “the missing middle — young people ages 10 to 17, members of Generation Z, who inhabit an oversaturated media environment, but are still looking for high-quality content they can trust.”

How is your newsroom serving this segment of its community? Did your newsroom’s coverage of school shootings, the pandemic, climate change, education, or homelessness include youth voices? Was any of that reporting done by or with a youth reporter?

We aim to support newsrooms as they take the leap into youth media. Whether your newsroom is tiny but mighty (i.e. understaffed), strapped for cash, or already has a youth media program that’s ready for the next level, we’re here to help.

Our RJI Fellowship centers around the launch of a youth media starter guide for newsrooms, with a focus on news radio. The guide will support newsrooms in creating or expanding youth media programs to train and invest in the next generation of journalists as well as engage future listeners, leaders, and supporters of radio.

Why do you support youth media?

“One of the daily newspapers in my Indiana home town dedicated an entire section of the Sunday edition to youth news from the county’s junior-high and high schools. I was writing articles with a byline at age 15, and moved up to being the bureau chief for my high school, editing stories, writing headlines and commissioning photography and graphic design. This early exposure to professional journalism changed my life!  And it put me on the path for my future profession.

Newsrooms of the past have been incredibly non-representative of the communities they’re supposed to serve.  Building a pipeline of qualified young people, filled with diversity of all types, will help to change the face of newsrooms and in the end, make the quality and impact of journalism better because more perspectives will be at the table.”

“My connection to youth media is that I am a direct product of it. Without having had the chance to be part of KUOW’s RadioActive Youth Media myself as a young person, my interest and hopes to be a writer and a journalist would have just stayed as a pipe dream.

Over the years I’ve found that the foundation I received [at RadioActive], and the opportunity I had to give back by becoming a mentor, gave me the courage to take risks. In other words, youth media changed my life.”

“I support youth media because young people are regularly left out of news coverage. From what I’ve seen in many newsrooms across the country, reporters typically don’t include youth voices in a meaningful way unless there is a protest, natural disaster or traumatic event. How often does your newsroom produce stories with 90% of the interviewees being youth?

We cannot talk about the future of the journalism industry without including the next generation. That means consistently centering youth voices and providing them with the skills to tell their own stories about the issues impacting their communities.”

“I go to conferences, and they have student projects, and the conferences are once a year. That’s not enough. You have to be relentless about this. It has to be almost daily.

I don’t think newsrooms are some sacred ground where only certain people can come in. It’s been like that for far too long. Some doors need to be opened there. And I think youth media is the beginning.“

“Public media faces a lack of trust from the community. It’s common for [journalists] to jump into a situation without first building trust with the community they intend to cover. Youth media helps address this by essentially getting to the source.

If public media makes an effort to reach young people where they are and not only meet them, but actively listen to them and learn from them as much as we teach them, those young folks will grow up with a greater understanding of media as well as the world in general.”

Youth have been at the forefront of many major movements in society — the Civil Rights Movement, anti-gun violence, climate change — and they deserve to control some of the reins of information platforms.”

“Many public radio stations struggle to expand their audience demographics to serve more than just older white community members. Creating a youth-run radio program would allow stations to diversify its on-air sources and audience — all while providing future reporters with some of the skills and resources needed to pursue a journalism career.

At a time when many other news outlets are creating audio stories, public radio needs to continue to develop new ways to stay at the forefront of this medium. Implementing a youth media program could allow a station to explore different formats, such as non-narrated stories, audio commentaries and new innovative audio storytelling styles.”

“The young people I’ve had the privilege of working with […] represent communities whose stories and voices haven’t had airtime and haven’t been shared on their own terms. Youth media has the power to correct that imbalance and enrich the coverage of communities who have been marginalized or narrowly ushered into a single story. Additionally, we need youth voices on our airwaves, in our newspaper pages, online, and embedded in our daily media diet because these young people will inherit the structures, policies, and impacts of the decisions that are being made today. These decisions, in governments, school boards, on social media, are made without the input of the youth who will bear the consequences of such decisions in the future. Including youth voice in media on a regular and consistent basis is a way of building and advancing the kind of accountability that is considered central to the civic role journalism plays in our society.”

Anything else you want to say?

“There’s this fear that if we say something or do something different, then the people who have written the checks will go away, because they’ll be offended. So you’re serving the 10% because of this fear (which I think is ridiculous). If you really care about your audience — your current and future audience — then you have to be inclusive. You include. Don’t say ‘inclusivity’ and then leave people out. You can’t leave people out.”

“I strongly encourage stations to pay youth reporters. Some people, especially people of color, may not have the financial stability to participate in an unpaid program. That could lead to youth not applying because they don’t have the time and resources to participate.

If low-income individuals do participate in an unpaid program, they may end up juggling too many responsibilities, which could lead to burnout in the future. This could also decrease the quality of their work if low-income youth don’t have as much time to spend on their stories or they are unable to focus because they have more responsibilities compared to their peers.”

“How can journalism be fulfilling its full capacity as a public service if we leave out voices of those 18 and under?”

“Invest in youth! Bring them into your newsrooms! Your service mission will be all the better for it.”

Here’s where you come in, if you want:

Want updates on our youth media starter guide? Sign up for our newsletter. We’ll let you know when we’ve published a monthly piece like this, and you’ll be among the first to receive our guide once we launch the website, including sneak peeks! Sign up here.

Are you interested in joining a group of folks interested in starting youth media programs? We’ll host quarterly meetings where participants get the chance to ask questions, share insights, and give and receive support. Sign up here.