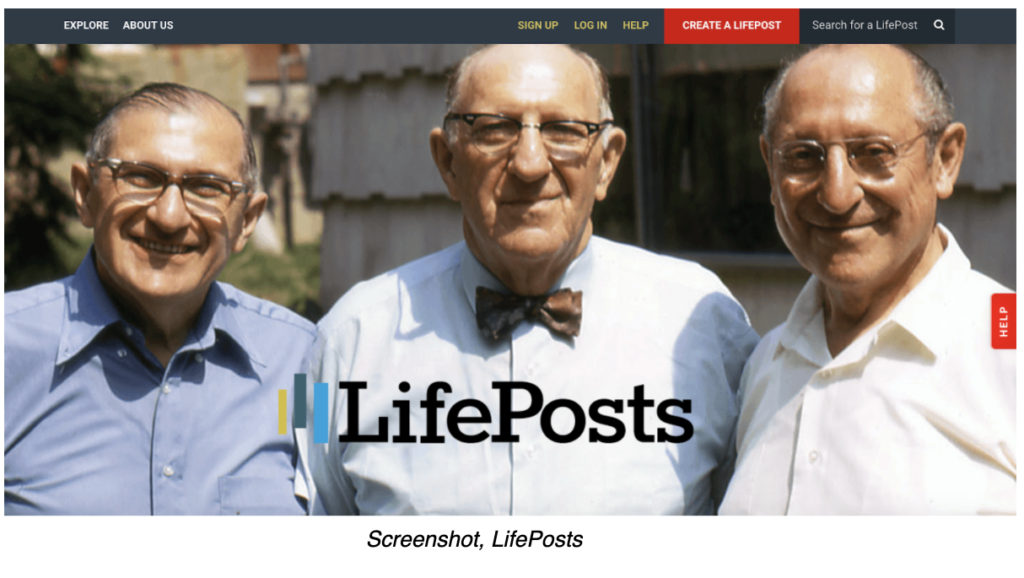 Years ago when asked what will save local news, Steven Waldman had two answers: national service and obituaries.

You might know Waldman as the co-founder of Report for America, a Peace Corps-like model that pairs emerging journalists with local newsrooms to cover critical issues to those communities.

After years of talking with journalists about what it would take to revive obituaries, several people told me the same thing – talk to Steve Waldman. My fellowship with RJI gave me the perfect excuse to do just that.

It turns out that he took a shot at obits, too, though that wasn’t his original plan.

Waldman told me that after leaving the FCC in 2011, he wanted to start a local newsroom in Brooklyn. Every time he talked to investors, though, they said the same thing – the part in his plan about reviving obits and other life milestones was the part they wanted to fund.

Waldman’s also married to a funeral director, and when his wife would come home with story after story about lives lived, he knew no one was covering them.

So he took the milestones idea and founded LifePosts. The platform was a direct-to-consumer approach to helping people capture their own milestones online, from births to deaths, graduations to weddings, timelines, even pet obituaries.

LifePosts is still online, but when Report for America launched, Waldman turned his help-local-news efforts there. The big mistake he thinks he made with LifePosts was cutting out the middleman – local newsrooms.LifePosts has storytelling tools and is user friendly, but in life’s big moments, whether they’re joyful with births or weddings or mournful with deaths, who has time to create something new?

Waldman tried charging a one-time fee of $29, which people rejected. After all, why use this to post a personal memorial story when they could just use Facebook? But, users told Waldman, they’d pay $300 or $400 to someone if that someone would just do the work for them. If he were to start over now, Waldman said, he’d consider a sponsored-content model, where a family pays for a journalist to write the obit.

Sponsored obits aren’t the approach I’m experimenting with but it is an interesting concept. In my partnership with the Tampa Bay Times, we want to see if feature obits on a news site can draw in digital audiences and where they then fall on the subscription path.

My hypothesis is creative obits are a way newsrooms can reconnect with their communities and build revenue from new audiences. In the midst of a pandemic that’s rapidly shrinking already struggling local newsrooms, it feels more important than ever.

And even though it’s not his main focus anymore, Waldman still believes in obituaries and the power they have to help local newsrooms.

“Obits and other life milestones, from graduations to births to weddings, offer a way for local newsrooms to connect with their communities in ways national news and social media platforms can’t,” he said.  “There is literally nothing more important to the people in your community than the death of their parent or the birth of their child.”