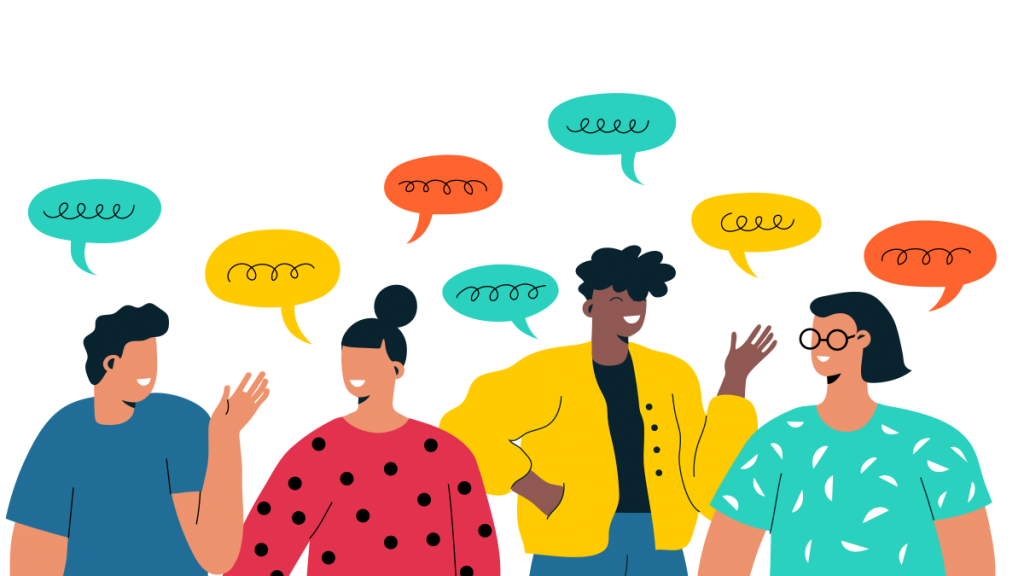 On Jan. 5, 2022, members of the DEI Coalition published our first, completely public resource, about how leaders can be great allies to our colleagues of color, and how to take the necessary first-step: building trust.

The public resource was built from an existing, nuanced conversation among members of the coalition that surfaced an incredible amount of useful information, all in response to one member’s question: As a white manager, how do I build trust and be a good ally to my colleagues of color?

In addition to the wonderful knowledge and tips shared, there’s another reason why this is a big deal: Publishing this publicly meant we successfully finished one round of figuring out how to convert private, community conversations with tons of useful knowledge and perspectives, into available resources for all — while centering consent and transparency.

More than 100 members of the journalism community created the DEI Coalition together, and we talked repeatedly about what it takes to create a space that equips people to discuss real problems and solutions. We talked about power dynamics and the role of private channels, our shared values, and ultimately decided that all conversations in the DEI Coalition Slack need to be, by default, off the record. Journalists know that this means no part of our conversations can be shared outside the space, even if the author is kept anonymous, or even if you just want to share the words privately with a few people. To put it simply: What we say cannot be shared. If you want to share something, you need to get explicit permission. Being able to dive in and have real conversations about scary, vulnerable moments, or frustrating, challenging moments, is so valuable to our community and so critical to our goal. Many Slack or other digital communities have similar rules for this same reason.

At the same time, being off the record means that everyone’s questions, experiences, and perspectives are purposefully walled off from people not in the community. So how do we help everyone (not just people in our Slack) and share this knowledge while honoring our shared community agreements, including the default off-the-record status of our conversations? By having a very direct, very transparent process that gets explicit permission from every single individual involved.

The public resource was built from an existing, nuanced conversation among members of the coalition that surfaced an incredible amount of useful information, all in response to one member’s question: As a white manager, how do I build trust and be a good ally to my colleagues of color?

In addition to asking everyone for their permission, we also made sure people knew exactly which quotes would be used, and the context in which their quotes would appear. We showed people drafts of the final piece to gather feedback. We also made sure that community members who weren’t directly involved also know what’s going on, and are kept apprised of the process. It feels appropriate that our first public resource shares so much about what it means to build trust, because in order to create this public resource, we were also continually building trust around this process.

Later this year, I’ll also be releasing a guide for how you can replicate this process yourself, and you’ll be able to use it, build on it, and apply it to your own community spaces, both physical and digital.

In the meantime, I want to share all the different types of contributions members of the DEI Coalition made to make this resource possible, to give you a taste of how collaborative this process needs to be, and how much better the final result was because of it. We did all of this asynchronously:

This kind of work is also iterative — that’s why this is only round one. I’m very excited that we already have a second iteration in the works, led and compiled by DEI Coalition members (who are not me!). I’m also excited that the process for our second round is already different from the first, because this upcoming resource is not based on one rich conversation.

Stay tuned for round two.

About this series: In March 2021, OpenNews and more than 100 members of the journalism community launched the DEI Coalition. It now has more than 900 members who are committed to learning and taking action to make the journalist industry more anti-racist, equitable, and just. Through this RJI Fellowship, Sisi, the coalition’s founder, will be sharing techniques for facilitating community in a more equitable way, as well as creating and sharing guides and other resources you can use to implement this work in your own newsroom or organization.