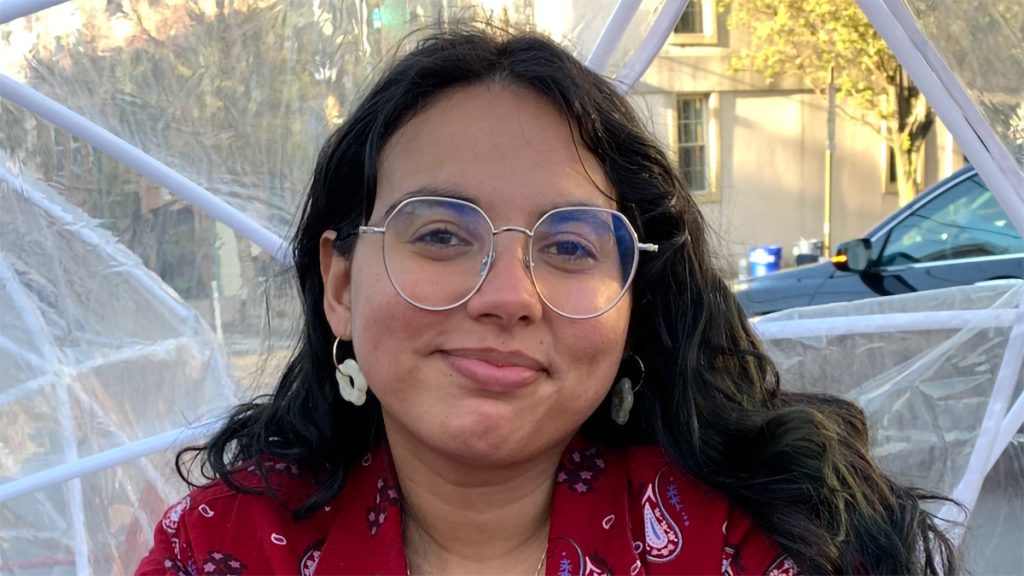 Sabrina Iglesias is the community outreach editor at The Trace and project manager for Up the Block. She runs the project’s website and Instagram page, stays in touch with the community, and is always keeping an ear open for what information Philadelphians are looking for relating to gun violence.

Duncan: How did Up the Block start?

Iglesias: It started in August of 2020, when The Trace was looking to create something that would be more immersive for communities rather than just writing about them. I created Up the Block, which is a resource and information guide for Philadelphians surrounding gun violence and public safety in the city.

I started by doing a listening tour. It was early COVID days, pre-vaccines, so a lot of it had to be virtual, over the phone and over email. I did a lot of visiting Facebook groups and getting connected with people over the phone to give them the space to talk about what they were worried about and ask what questions they had. Then I built Up the Block around those questions and those concerns, to fill those information gaps for folks.

Duncan: What were some of the things you were hearing from your community that guided the resources you created?

Iglesias: We were able to split it up into three main pieces that we were hearing consistently. The first was, obviously summer of 2020 was a really difficult time for everyone, which I think led to the more existential questions “What do we do? What’s happening? Why is this happening? How did it get this bad?” It was easy to see people needed an idea of where to turn when they’ve experienced gun violence or someone they love has passed from gun violence, or they need help paying for a funeral. Just information surrounding general things, such as mental health resources, and how to make things at least a little better.

The second big one was “how do I keep my kids safe?” People felt like there was no way to keep young people safe from gun violence in Philadelphia.

Duncan: So tell me more about the resources Up the Block provides to people?

Iglesias: At first it was mainly all organizations in our city that either focus on gun violence or focus on something related to it, such as hunger organizations that deal with food insecurity, or provide free mental health resources or organizations that are a place for kids to go after school or in the summertime. So it began as organizations who had been very heavily vetted by myself and Emily Neal. We asked them tons of questions to make sure that those organizations are ones that we feel comfortable promoting.

We also worked to give people a preliminary chunk of information, for before they call or reach out, to help people feel a little bit more eased into the process of asking for help. This includes information such as:

And then recently we added a long page of information for if you want to speak at a city council meeting, how to most effectively write a letter to your state rep or your council member or anyone else in local government. There is also information on how to be a block captain, which is a big one. Basically, information that helps answer the question of “what can I do to be involved on my block, in my neighborhood?”

Duncan: I really like that Up the Block is full of actionable, helpful information, templates, languages spoken etc. Are you going to keep adding/building onto it?

Iglesias: Up the Block has been shaped by what people are asking. We don’t want to assume that people want something just because we think that it would be good for them to have it.

There will likely be another listening tour to see what’s going on now, and what questions people have now. And if that’s something that they want, if they’re saying, hey, right now, we need information on how to be more actionable, how to get involved in a different way, then for sure, absolutely, that would be going up on the site. But the next steps will be very similar to this three parter that we’ve just finished – in that we will let people ask us questions. And then we work to get those questions answered.

Duncan: Tell me more about your listening tours. What did you find was successful to engage your community in those conversations?

Iglesias: When it was over the phone, that gave me the opportunity to just talk with people for hours, just being a normal person talking to another person who is concerned about their community. And I always keep it open ended with what I ask them. Sometimes I wouldn’t even really ask a question, it would just happen. I think that it was helpful that I’m from Philadelphia, and people can relate to me because I have the same concerns as they do. It was always just a nice, free flowing conversation between two people who are ultimately neighbors.

Now that things don’t have to be super virtual, I go out into the community and talk with people.

It’s similar to the phone conversations but I’m tabling and I have fliers.

Duncan: What is the process for listening tours? How did you get started?

Iglesias: I had a few connections already that I talked to first, and what I found was that you talk to one person, and they have at least 10 other people they want you to talk to — that can be somebody that’s their pastor, somebody that they went to school with, or somebody that they’re in school with now, or it can be their neighbor. They’re always an infinite amount of connections that one person can say “hey, you should call this person up or send them an email to talk to them.”

There were no cold calls. People always knew what they were getting into with the conversation, which I think did help it flow more easily. Gun violence is such a hard topic which people have so much to say about, that I often don’t even have to ask a question.

And now with the tabling — it’s usually that we are invited to an event by an organization or the office of a council member. And I’ll go with Emily and we’ll set up shop, have the flyers to give folks and we talk to them about gun violence, about the neighborhood and about the project.

A lot of the events aren’t solely focused on gun violence. A lot of them are just community events where we know a lot of people will show up at. And so we show up too. We bring a table to the park and have some fliers with information ready for people. And as people walk by, they’re intrigued or I walk around and talk to people.

Duncan: For newsrooms who might want to create a similar resource, whether it’s on gun violence or another topic, what would your advice be to them to get them started?

Iglesias: So I think for me, it was huge that The Trace hired somebody from Philadelphia. So if a newsroom is looking to do something similar like this in a specific neighborhood or a specific city, I think hiring someone from that neighborhood, or that city, will only enhance what they’re about to create. Because people really do feel better about connecting with somebody who they can actually relate to. And that’s helped me in tremendous ways.

I think they should also know that they definitely need to have time to do something like a listening tour. At the beginning stages, it’s important to not just go into these projects assuming you know what people need or want. You need to have ample time to be able to listen in, ask questions, figure out exactly what people need, and what’s going to improve people’s quality of life.

Duncan: And when you say time, what are we talking about? Weeks, months? Can you talk more about what a serious listening tour takes?

Iglesias: I spent probably four months just listening in any place I could — whether that was talk local radio, facebook or the phone, like I mentioned, or attending virtual town hall meetings. Then tabling at parks, events and other community gatherings.

Listening takes up a lot of time. And then there are a lot of notes to go through and a lot of memos to write. And from there, you start to see something shaping. So it’s not like you’re doing one thing and that’s it. You’re not just listening to people talk. This is the beginning of your project.

Duncan: What do you see as the future for Up the Block? Do you guys plan to maintain this? Do you have specific plans on the horizon?

Iglesias: Up the Block is definitely here to stay. It is a priority for the Trace to keep this going.

I think what we’re envisioning now that we have these first three parts out, is to continue listening to the community and getting these resources into other publications.

A big thing I’ve encountered is that a lot of folks in Philly see these news stories about gun violence. And then they’re like, well, great, now I feel horrible. And then there are no resources to help them in that story. So next for us is just a lot of growth, a lot of integration into other publications and news stories, and continuing to listen to the community.

Duncan: Have you gotten any feedback from your community that has really stuck with you or really inspired you to keep going? What have you heard as you’ve been going through building this for the past couple of years?

Iglesias: Oh, my gosh, everyone is so lovely. The feedback from community members saying “Oh, I needed that!”  Just “oh, I needed that” is the best thing you can hear. Then we knew we weren’t just shouting these resources into the void, people were actually using them and needed them. That’s always huge.

And a nice one for me recently has been that I connected with an organization that connected me to classrooms, which was awesome. I did a presentation for a fourth grade class over zoom. And it was a little weird, to be talking about gun violence to kids. But the kids had a lot of questions, and I’m in a position to answer them. And they know that Up the Block exists now, and they can bring it home to their parents in their backpack. At the end of their school year, some of them did a little project and included Up the Block on it for things that they learned throughout the year, which is so sweet.

Duncan: And to wrap up, are you looking for more collaborators? How can people help?

Iglesias: Up the Block is always looking for collaborators, especially in Philly. We like to collaborate with newsrooms, organizations, and the person who’s lived on the block the longest.

If you have any contact with those people, we definitely want to know about them.

We love collaborating with folks. And you know, Up the Block is me and a couple freelancers. It’s a very small team, a small project, trying to do something really important. And collaborations and partnerships are what helps it keep moving forward. So definitely open to chatting.

Editor’s note: This conversation has been edited for length and clarity.